On Wednesday 8th and Thursday 9th September, 27 of our adi apprentice’s took part in their second apprentice event of the year at Boundless Outdoors in Malvern, led by Richard and his team from Quest – The Great Outdoors. The apprentices had been sent a number of events and challenges over the 2 days. To start with they were split into three teams to complete three separate group challenges. The challenges consisted of archery, high ropes and a stress test bridge build, whereby teams had to use KNex to build the strongest bridge between two tables using limited materials. At the end of the three events, all scores were added up and the winning team was team 3.

For the next challenges the apprentices were split into groups of five and six. The first of the challenges after lunch was a 'building on communication' activity. Each team was split into sub teams of designers who were based in Zone A, site managers based in Zone B and builders based in Zone C. The designers had a completed Lego structure hidden in a box and at the other end of the field, the builders had a pack of lose Lego. The site managers were based in Zone B but were not allowed into either Zone A or Zone C. The site managers received verbal instructions only from the designers and then had to run down the field to relay this message to builders until they had built an exact replica. This challenge is key to learning good communication skills with their colleagues and relaying exact instructions. This challenge was extremely difficult, but a very big well done to the winning team, team 2, for completing the model exactly. 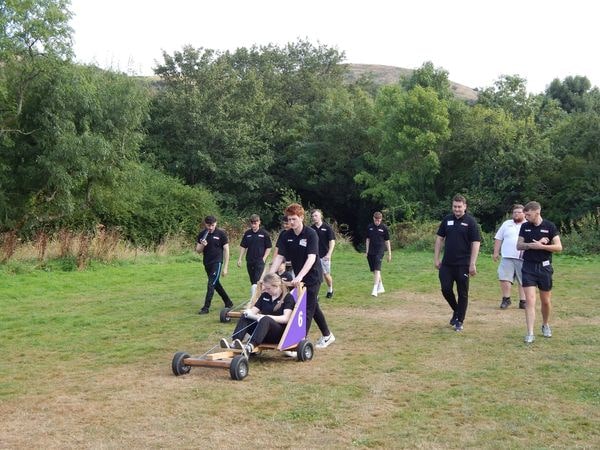 Following this challenge, the teams then competed in a further two challenges, a Go Kart Grand Prix where teams were given a map and coordinates of the site and had to collect the parts to build their go karts. Once the Karts had been built, the teams then headed over to the field to race their karts against each team in a timed battle. Well done to the team who completed the circuit in the fastest time of 1 minute 5 seconds – again team 2 of Dan McMillan, Josh Brown, Shane Lambert, Greg Noake and Kieran Long. To conclude day one, the final activity was 'pyramids of success', where teams had to complete a series of challenging puzzles to complete a pyramid that completed one whole puzzle in another timed challenge. Well done to the winning team who completed this task more than 30 minutes faster than any other team – well done to team 4.

Day two saw the teams start the day with a TV newscast, where the groups were split into three teams to produce a high quality, news and feature programme called “adi Today”. The programme had to last exactly seven minutes and contain at least eight short news stories and only one live recording would take place. Each team member was allocated one or two roles such as director, presenter or celebrities. After three hours of research, planning, rehearsals and a live recording, the Quest team judged the Newscast and deemed team 2 the winners. 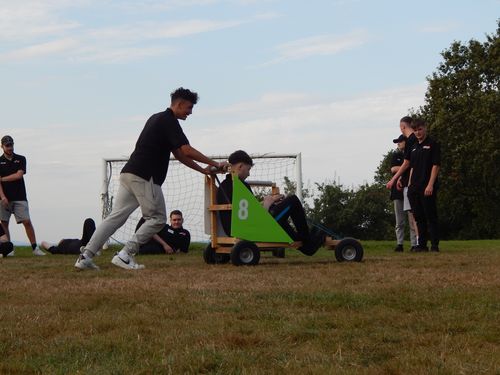 The final challenge to complete the two day event was 'rocket to success'. Rocket to success is a constructive team building event whereby teams get to assemble their own model rockets from scratch before launching them hundreds of feet into the air. Teams had follow their instructions carefully to build an electrically fired rocket from the pieces they are given. It’s intricate and precise work, especially to get the fuel needed to power the rocket wired up correctly. Well done to team 2, who’s rocket was judged to be the best aesthetically with the highest flight.

Thank you to all of our apprentices who participated over the two day event and well done to all of our winners who were rewarded through their adi pitstop accounts. Thank you to Richard and the Quest team for planning and delivering such an enjoyable event and thank you to our adi team who supported on site.