Mondelez Bournville site has a Schneider Sigma BMS system installed with 70+ controllers. Sigma is no longer supportable from a hardware perspective and for this reason, adi Intelligent Buildings were asked to support Mondelez to develop an upgrade path and programme.

adi Intelligent Buildings worked with Mondelez to agree on a scoring system for the existing controllers 1, 2 or 3, 3 being critical to production and downtime not acceptable. The upgrade programme was then developed with all controllers scoring a 3 to be upgraded first. Controllers removed will then be added to a spare’s asset list as emergency replacements for the controllers yet to be upgraded.

We have recently completed the first phase of the upgrade of four Sigma BMS controllers to one new EcoStruxure controller, such as the power and flexibility of the new system. It joins one other upgraded controller and seven other EcoStruxure controllers on the site, which were installed when other parts of the site were upgraded changed as part of the manufacturing changes over the last 5 years as well as the 66 legacy Sigma controllers. 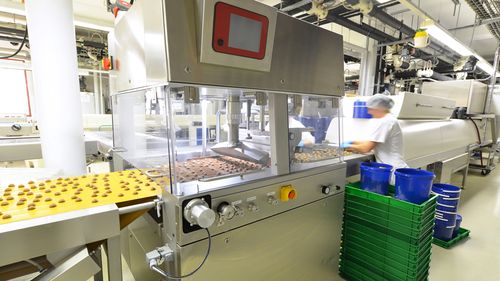 Mondelez now have a state of the art fully supported BMS with the benifits of latest technology and improved cyber security.

Bournville Mondelez site, confectionary home of the Cadbury brand, has a long lasting partnership with adi Intelligent Building branch. adi supported both EMS and BMS installation and now supports the service and maintenance of these key systems. The strong BMS knowledge of the team helps driving the continuous planning and delivery of our system upgrade.

One of the largest snack companies in the world They make and sell primarily snacks, including biscuits (cookies, crackers and salted snacks), chocolate and gum as well as various cheese & grocery and powdered beverage products.

And programme was developed, minimising risk and spreading the cost over a number of years