The site had installed a diesel fuel island for transport fleet refuelling but did not have authorisation from the Environmental Agency to use the facility until control measures were in place to prevent potential pollution.

adi WPC undertook an investigation in conjunction with the EA's concerns and designed an automatic pollution containment system, triggered by any spill or release of diesel into the storm water drainage infrastructure. The solution included continuous analysis and monitoring of the water quality in the storm water drain system, which when triggered by a change in parameters automatically closed a toggle valve on the discharge outlet preventing discharge into the local river. The system also had a manual call point trigger which could be activated by the tanker drivers in the event of a spill or failure of pumping equipment. The system was linked to communicate with site engineers and an alarm panel sited in the security building. 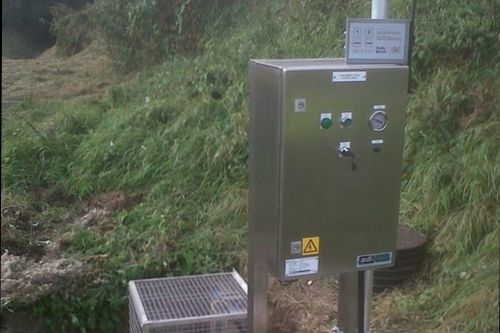 Complete piece of mind that in the event of a spill or contamination of the storm water drain system, any pollution would be contained on site and disposed of safely

Without the pollution containment system designed and installed by adi we would not have been permitted to use our new fuel island.

Marks and Spencer Group plc is a major British multinational retailer with headquarters in London, England, that specialises in selling clothing, home products and food products.

Work with the Environmental Agency